What Counts As Elderly Abandonment?

When the person/group of people responsible for the care of an elderly person deserts or otherwise fails to provide the necessary care to the older adult, it is a case of elderly abandonment. 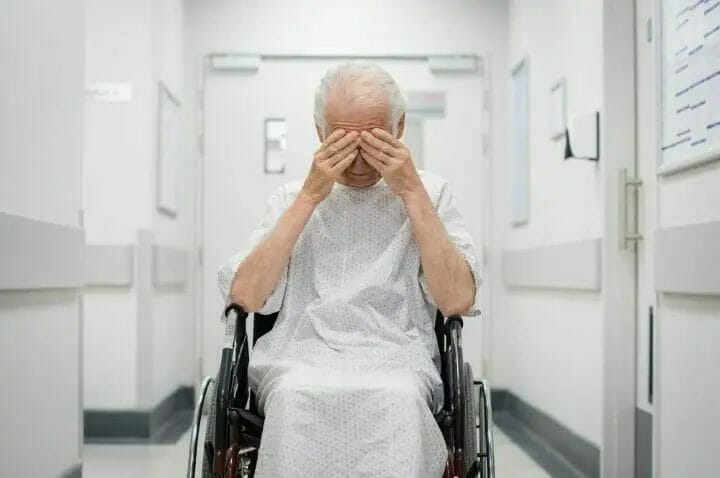 The caregivers have in short, failed to provide the elderly individual, the necessary goods and services required to avoid the risk of physical or mental harm or illness.

It is a form of elderly abuse, which refers to the act of inflicting or otherwise knowingly or recklessly causing harm, anguish, or pain to another person.

Abandoning an elderly person would qualify as abuse by neglect under state statutes.

Elder abandonment is a serious problem in our society. Many people every year suffer from the consequences of this issue.

Whether it’s neglect, irresponsibility, or malicious action, it’s an issue that has to be addressed, as it can threaten any family who has the responsibility of caring for a senior.

Understand why elderly abandonment is an issue, how you can avoid it, and how a solid estate planning attorney can be of help in this area.

Effects of Abandoning an Elderly Person

To say the least, the effects of abandonment can be devastating. Especially in the case of an older adult with Dementia, Alzheimer’s, or another cognitive impairment, he/she could forget their own identity, where they belong, or even what they need to do, to seek treatment for their condition.

Even if they aren’t suffering from a cognitive issue, the effects of abandonment can lead them to depression, illness, and even death. It’s every bit as bad as any other form of neglect or abuse.

You may also like Problems With Home Care Agencies

Exploring the Case of Elderly Abuse

What are the types of elder abuse?

There are seven main types of senior abuse. Some, such as neglect or emotional abuse, may be more difficult to notice or prove than physical abuse.

Physical abuse is any use of physical force that may result in bodily harm like injury, physical pain, or impairment. 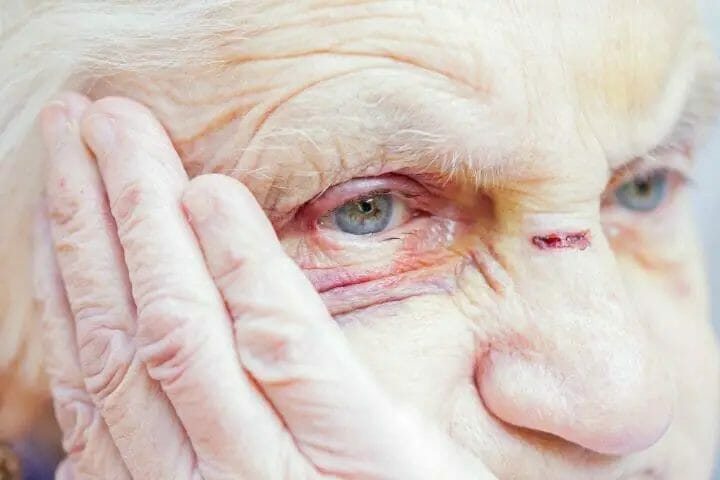 It is important that you report elder abuse to the concerned authorities if you spot any of the following signs:

This includes any type of nonconsensual sexual action toward a senior. It encompasses a range of actions from rape to inappropriate touching, forced nudity, or forced inappropriate photography. Senior victims with significant cognitive impairment cannot give sexual consent and many a time, these acts go unreported.

According to multiple sources, emotional abuse is the most common form of abuse an elderly parent or grandparent has to deal with. It inflicts despair, pain, and ill health to an older person through verbal or nonverbal acts.

Emotional abuse includes insults, threats, verbal abuse, and harassment. It could be from a family member, family caregiver, or anyone in contact with the elderly individual. This could result in the elderly parent or elderly relative falling into isolation, loneliness, and a victim of gaslighting. If it happens inside the home, it falls under the category of domestic violence.

When an elderly individual is exploited financially, it means that an abuser is stealing steals or mishandling a senior’s money or possessions with a selfish motive.

It can include cashing checks without the knowledge or permission of the elderly adult, forging signatures, coercion, and gross misuse of guardianship or power of attorney.

Sadly, most cases of elderly financial abuse come from members of the same family. Strangers, as well as caregivers in long-term care facilities, can also be culprits in financial abuse.

When a family member or caregiver refuses to provide a dependent senior with necessities like food and water, shelter, decent hygiene, and access to medication, the situation is a case of neglect.

Sometimes, a family member may even neglect to pay for appropriate care parent that is required for an older parent or elderly relative. 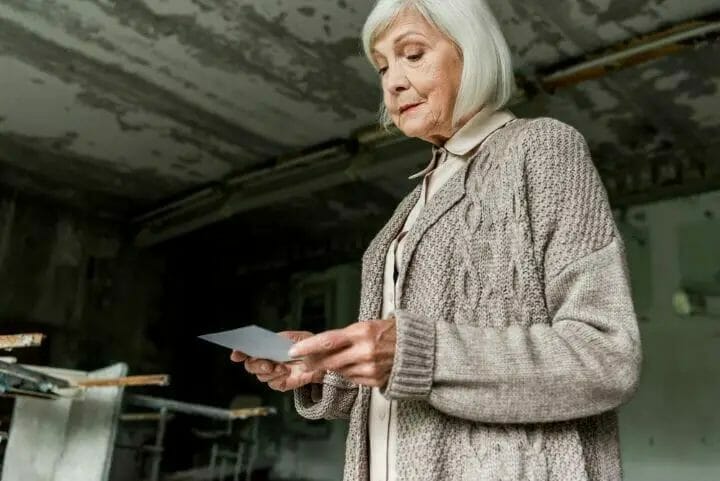 Finally, abandonment is a more extreme version of neglect. In this case, the caregiver who’s left in charge of an elderly person deserts them in a home, hospital, or a public place.

Some elderly parents often display a lack of interest in caring for their own well-being and neglect to eat or drink at regular intervals or care about basic hygiene. This is most common in seniors with mental illness or cognitive decline and is termed self-neglect by most onlookers.

If you have aging parents or relatives, please note that self-neglect doesn’t include a mentally stable senior’s voluntary decision to commit actions that threaten their own life or safety

Adult children are the most common perpetrators of elder abuse, followed by spouses and other family members. Elderly people are also prone to emotional and physical abuse in hospitals, long-term care homes, and nursing homes, despite strict regulations.

Older adults — especially those with dementia — can experience severe behavioral changes as they age. Abuse could come from a partner who never had violent tendencies, or it could even be self-inflicted.

What can you do if you suspect that your family member is abusive to the elderly member in your home?

If you suspect your sibling or another family member is abusing an elderly loved one, bring up the topic calmly with the senior; abstain from making a direct accusation.

Such direct accusations could be detrimental- wait patiently and the elderly will be more likely to share their experiences if they don’t feel like they’re condemning someone they care about.

Factors that Contribute to Increased Risk of Elder Abuse:

These health conditions and social circumstances increase the risk of senior abuse in the health care system and for an aging parent or elderly relative at home.

A decline in cognitive function

Seniors with mental health problems or mental disorders have a higher risk of abuse, and most often, family members or the primary caregiver are the culprits behind the abuse. 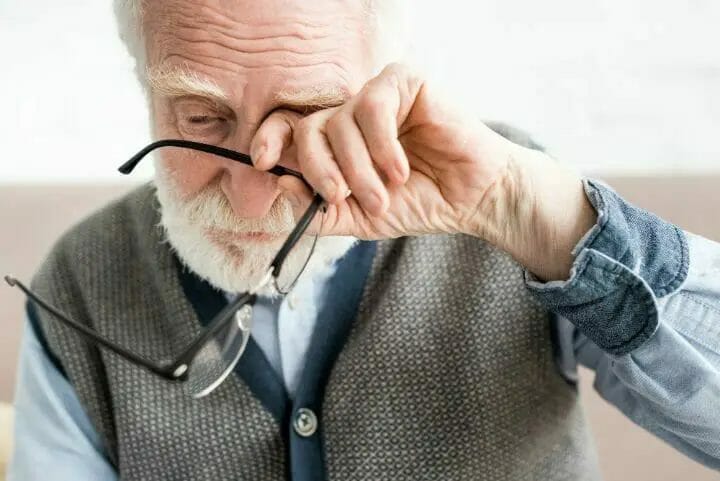 When a senior adult is dependant on caregivers or family members for everyday tasks, there is a rise in ill-feeling towards the dependant individual, and they are more susceptible to abuse.

Inability to manage money independently can lead to financial abuse, while constant proximity increases the likelihood of emotional abuse.

You may also like Caring for Elderly Parents Who Were Abusive

Seniors who don’t have a circle of friends are more likely to experience undetected abuse. This problem affects widows, seniors without family, and elderly adults aging at home alone.

We see that many elderly people with strained family relationships are also at higher risk of abuse from family members.

Seniors from lower-income backgrounds are at significantly greater risk of elder abuse, according to many reports. The reason is that elderly people without adequate funds and assets often have to rely on their younger family members, who may not be in the financial position to support and provide for old age requirements.

Sometimes, when a senior adult relies on lower-quality housing or care, the nursing staff or caregivers may not have the required efficiency or empathy to care for the elderly.

People of color are more likely to experience elder abuse from non-family/professional caregivers in the U.S. than white people are. This is primarily due to geographical location and economic disparity, which lead to a higher likelihood of lower-quality care.

Recognizing the Signs of Elder Abuse

Seniors are prone to falls and accidents, as well as changing behaviors due to medication or cognitive decline. These signs don’t necessarily indicate elder abuse, but they are red flags that should be carefully recorded.

If you notice any of these signs, take detailed notes or photographs of injured areas. Also, we suggest that you record any unusual behaviors you witness or any testimony you can get from the senior.

Your records could prove extremely useful in reporting elder abuse and prosecuting an abuser to keep your loved one safe.

Do let us know if you have dealt with a case of elderly abuse and how you resolved it!