Elderly abuse is not just violence against an individual but a violation of human rights leading to a loss of dignity and self-respect. Through this article, let us try to see what is elderly abuse, its various forms, its signs and symptoms, and ways to prevent elderly abuse. 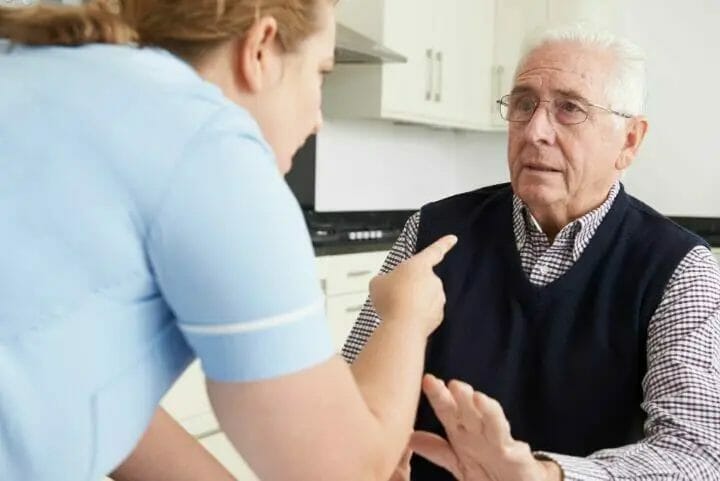 Elderly Abuse – A Crime Against Civilization

You have an older adult who meets you every evening when you take a walk in the park. Although you never spoke with her about her personal life, she always smiled at you and waved at you with her frail hands. However, you have not seen her in the last two days. On the third day, she reappears, but she is silent. Also, she didn’t respond to your hello, to which she always responded cheerfully earlier, probably she didn’t notice.

Couldn’t stop yourself, you went closure, and you see a bruise on her right arm, the one she generally used to say hello. When you ask, what happened to her hand, she gives you a neutral look but doesn’t respond. You may think she has a bad mood today, or she is preoccupied with something else. You leave, but you are thinking about her and wondering is everything alright with her, maybe or maybe not.

A study conducted by WHO in 2017 estimated that almost 15% of seniors above 60 years of age were victims of elderly abuse in 2016. It may well be an underestimation, though, as only a few of all elderly abuse cases are reported. It is mainly because older people are often afraid to report the cases. 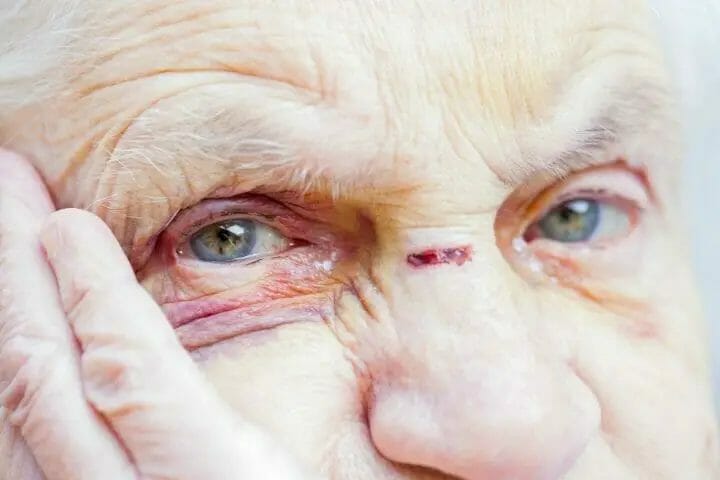 Nursing homes and long-term care facilities with very few staff are the high-risk areas for elderly abuse, sometimes leading to severe physiological and psychological consequences. As the populations in developed countries are aging rapidly, the number of elderly abuse cases is also increasing.

While all elders are at risk of getting abused in older lives, women are more vulnerable than men are. It is also because many cases of elderly abuse are continued cases of domestic violence. These victims and many others face aggravated abuse as they grow older.

On the other hand, while many elderly abuse cases still go unreported, it is common to have false accusations of elder abuse. For example, a dementia patient or a paranoid senior may falsely accuse somebody of the abuse. These elders may accuse their caregivers of feeding them poison. These false-positive cases make the investigations and prevention of abuse even more complicated.

You may also like Caring for Elderly Parents Who Were Abusive

Like any abuse or violence, elderly abuse may also take many forms. While few can have visible signs and symptoms, others require a more in-depth probe. These forms can be: 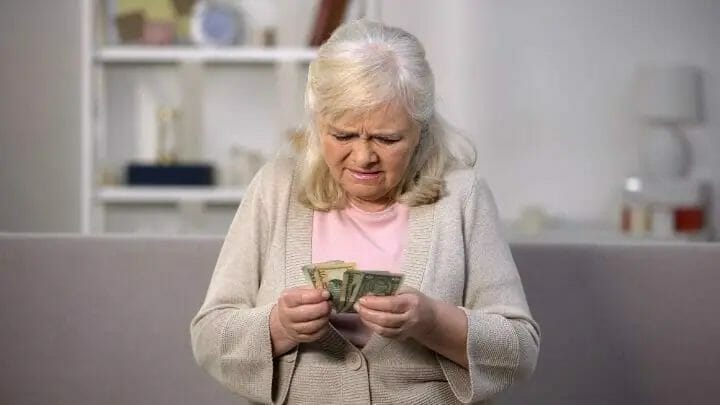 Of all forms of abuse, physical abuse can be detected most easily by visual inspection. One can observe signs of bruises, scars, retraining marks, or broken bones on the senior’s body.

We can detect psychological or emotional abuse by observing changes in the senior’s behavior. It is the most underreported form of elder abuse. As the senior may feel the social isolation or lack of acknowledgment, they may become unresponsive or uncommunicative.

Financial abuse cases can be detected by looking for signs like high portion withdrawals from financial accounts, sudden disposal of assets, or theft at home. At times, unpaid bills or purchase of unnecessary goods or services on behalf of the senior can indicate financial abuse.

Like physical abuse, sexual abuse also leaves visible scars on the body, particularly the victim’s private parts. One should also look for signs like infections, bleeding, and torn underclothing.

When a senior appears malnourished or dehydrated, have poor hygiene, or did not take prescription medication, these are the signs of Neglect abuse. Learn how to report elderly financial abuse. 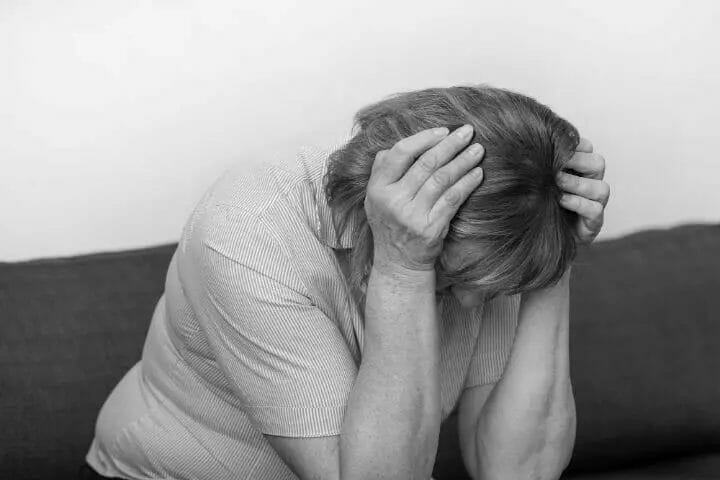 Seniors at Higher Risk of Abuse and Potential Abusers

While all seniors are susceptible to abuse as they grow older, few individuals or groups are specifically vulnerable to elderly abuse. Mental disorders such as dementia or alzheimer’s disease make an individual highly vulnerable to the abuse. One of the studies has shown that almost 50 percent of dementia patients undergo an abuse of one form or another.

There are specific risk factors that increase the probability of a senior become a victim of elder abuse. Few of the key ones are:

While these are common risk factors, other factors may also make a senior more vulnerable to abuses.

When it comes to abusing seniors, it can be both men and women. Also, it can be a close family member or a relative but also a caregiver. However, almost 2/3rd of elder abuse comes from a family member, mainly adult children or spouses. In a few cases, the abuser may also draw control from a power of attorney (PoA) signed by the senior victim in the abuser’s favor. 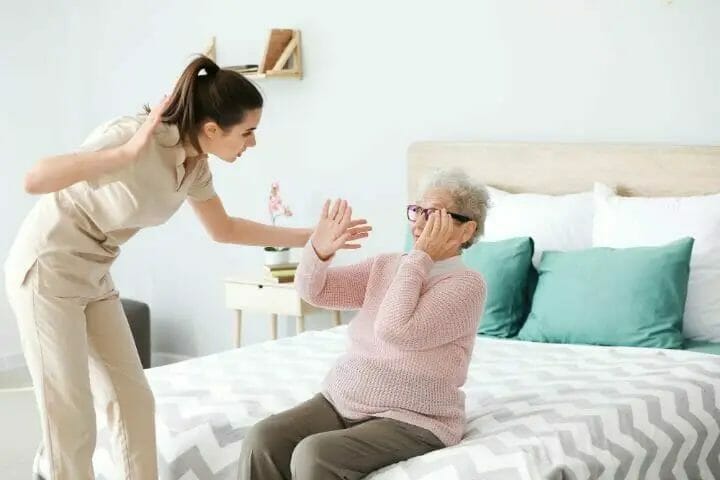 Preventing cases of elderly abuse should be preferred over punishing the abuser once the abuse has been proven. It is critical because seniors may not live until the abuser is proven guilty.

Prevention is an institutional process and may follow four steps to mitigate the risk of abuse. These are:

Awareness of elder abuse signs and symptoms is also critical among law enforcement agencies like police and legal professionals like prosecutors and the local court judges. Besides spreading awareness, the community should be made more involved in responding to elder abuse cases. Local communities can structure programs for elderly persons and advice vulnerable seniors.

Seniors themselves have a responsibility to reduce their risk of abuse. First and foremost, they should take care of their health and seek professional advice for addictions or depression concerns. When it comes to planning their future through a power of attorney or a living will, they shall seek independent advice from someone they trust.

If the health permits, they should try to take care of personal activities like checking their mails by themselves, setting up direct deposits in their banks, keeping a personal phone, and staying connected with the community.

Rights Under the Law

While prevention is always preferred, sometimes abuse happens despite all the efforts, and then the law has to take its own course. In those cases, most of the countries rely on clauses related to violence against an individual. In developed countries, there are targeted laws to punish those who victimize seniors.

Moreover, many nations and jurisdictions have also elevated their efforts of making law enforcement officers and prosecutors aware of elder abuse.

On the specific abuse of power of attorney, seniors can also revoke them, provided they are legally competent to do so. In case the senior is not legally capable, other better human beings could consider pursuing guardianship over the loved-one.

Who to Reach Out To?

Every country and jurisdiction has a different process to report elderly abuse. In Canada, every province has well-laid out processes to reach out for help. One can see the contact information on the Federal government website:

For example, in Ontario, there are many support lines run by the provincial government and private individuals to help victims of elderly abuse.

Outside Canada, in the USA, one can call 911 if there is an immediate threat to life. For all the other cases, one can reach the Eldercare Locator at 1-800-677-1116. They have specially trained operators who advise and connect the senior with a local agency that can help.

In a civilized world, every individual has a right to live with dignity. Elder abuse attempts to attack that right. Whether we are a victim of elderly abuse or a witness, we must be as concerned as others when seeing any incident of elderly abuse. We should look for signs and symptoms and work towards helping the victim come forward and report that.