Connection is made easier with video calls over the internet, especially for long distances between loved ones.

The newest video chatting technologies, including the Facebook Portal and Amazon’s Echo Show, have advantages and disadvantages when it comes to the elderly using them as a means to connect. 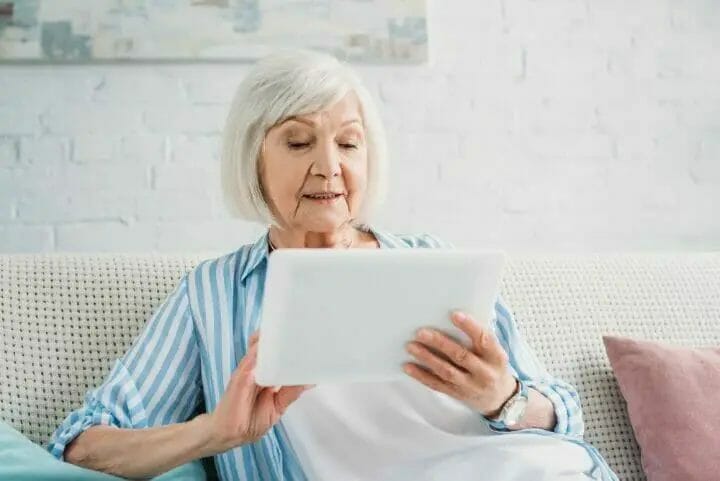 Here, we dive into the pros and cons of these new devices by Facebook and Amazon to outline which one is best suited for different senior individuals.

At first glance, it may appear that the Facebook Portal is more suited than the Echo Show for the elderly as it has less complex features that may lend to easier navigation. Despite potential software issues, elderly folks may appreciate a device that promotes simple usage. Let’s dive deeper.

Amazon Echo Show is a display screen with a smart speaker. It is an upgrade to the original Echo speaker.  Currently, the 2nd and 3rd generations of models are available for purchase on Amazon.

The Echo Show has the Amazon Alexa assistant app built-in for voice commands.

You may also like Alexa vs Google Home for Elderly

Facebook Portal was originally priced at $299. They also have a larger device in the $300-400 price range. In comparison to the Amazon Echo Show, the Portal is more expensive. The Echo Show comes in at $129-179.

However, the Facebook Portal is currently on sale on Amazon for $149.

Therefore, the Echo Show is the cheaper option. However, you will want to weigh the pros and cons of each device as their features pertain to you and decide if the Facebook Portal is worth the additional cost. 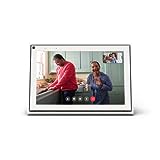 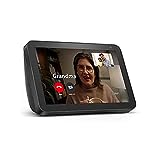 The Facebook Portal has the quicker setup process, making it more easily accessible to older folks. It may be more likely that elderly individuals already have a Facebook account, so that all they would need to do is to log in, helping to shorten the setup process.When unlocked, it shows your Facebook friends with indication of who is online so that you can request a video call with them.

Set up is also fairly easy on the Amazon Echo Show as well, but may take a bit longer. 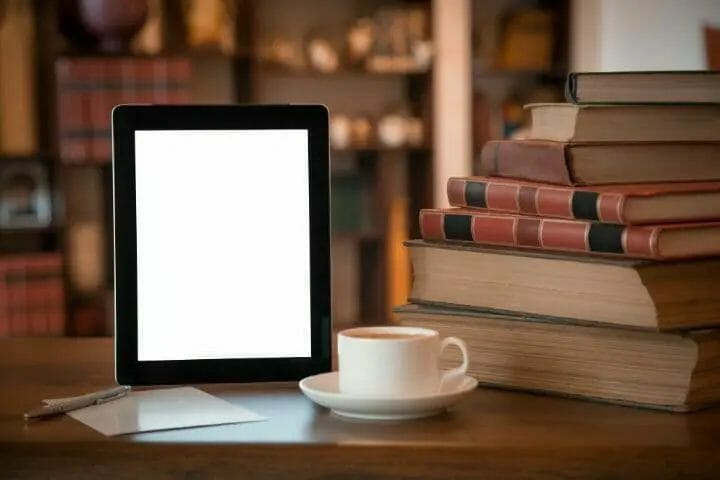 Both devices come with fairly high-quality screens that are great for video calls. The Echo Show’s screen isn’t as large as that on the Facebook Portal as it is a slighter older device. However, the Echo Video chat is great, as it can send text messages to your friends.

In contrast, the Facebook portals apps are weaker as they have been known to glitch in voice recognition, thus diminishing the apps’ functionality.

Since these devices are more designed for video calls, apps aren’t typically a deal-breaker for many people.

The Amazon Echo Show 8 is equipped with a smart security camera, which allows you to monitor the inside of your home at any time of the day. When you’re away from the tablet, see your family or pets in the frame so home doesn’t feel so far away.

However, the Facebook Portal has quick a recent technology feature built-in, which is that it is able to track you with facial recognition. The facial recognition enables it to zoom in if you’re not in the frame. When you move around your room, the camera can automatically follow you, making it easier for you to move around freely and multitask when on video calls.

You can also flip the screen horizontally or vertically, whereas the Echo Show stays in place.

The following video shows the main features of these smart displays and contrasts each device to explain how each may be beneficial for a certain function:

You may also like Apps To Check On Elderly Parents

Q. Can a Facebook Portal and Echo Show be used to call one another?

Unfortunately, the Facebook Portal and Echo Show are not compatible for calling one another. Video calling with the Facebook Portal requires Facebook Messenger or WhatsApp, while the Echo Show uses Amazon services. Although these two products from Facebook and Amazon are currently incompatible, we cannot say when and if it will be possible sometime in the future.

Q. Are there other smart display devices that I can consider along with the Portal and Echo Show?

A number of technology companies have joined the fairly novel category of smart displays, but only some are capable of making video calls as of right now.

The most notable alternative to the Facebook Portal and Amazon Echo Show is the Nest Hub Max by Google. Google also produces the Nest Hub, its smaller sibling. However, the Nest Hub lacks a camera for video calling and has other feature limitations too.

The Nest Hub Max is capable of making video calls through Google’s software suite and Google Assistant, which includes Google Duo and Google Meet, and now also supports the highly popular Zoom. It has a 10 inch display, weighs 2.91 lbs, has stereo speakers, and runs both Android and iOS operating systems.

The Google Nest Hub Max is currently available from Google’s website in chalk and charcoal colors for $299.

Q. What are the alternatives to using a smart display device for making video calls?

As mentioned, smart displays are a fairly new product category, so some folks may not be ready to adopt it just yet.

For those without a smart display, video calls can also be made with fair ease from a laptop computer, desktop computer, mobile phone (including iPhone), or tablet (including iPad). Do note that there are a few caveats with these devices.

Most laptop computers don’t come with very good video or audio quality, especially relative to a smart display, as the webcam and speakers have a reputation for being an afterthought for computer manufactures.

Finally, mobile phones and tablets generally have a decent front facing camera and speakers, but need to be held in the hand or propped up on a stand so that it does not fall down, whereas a smart display stands on its own. Phones and tablets like the iPhone and iPad can utilize Facetime to contact others with Apple devices.

These caveats demonstrate that while these other devices are very capable of making video calls, smart displays specialize in this function.

Parting Words – A Quick and Convenient Tool to Keep in Touch

In this article, we looked at two smart displays recently released by Facebook and Amazon, two of the world’s leading technology companies.The Facebook Portal and Amazon Echo Show have similarities, but key differences between them may sway you in one direction or another if you intend to buy one for an elderly loved one who may intend to use it mainly for video calling capabilities with family and friends.

You can choose the Amazon Echo Show if:

In conclusion, each product has its own advantages and disadvantages, with feature sets that may be valued depending on what the elderly person is looking for.

Video calling is better with a designed tablet that is quick and efficient. In our opinion, the Facebook Portal does just this – and is the best option for elderly people to use, especially if they live alone and need to set it up.

For more readings, you can also take a look at our reviews on other senior-friendly technologies such as the best android launcher, cellphone, laptop, and more.