In medical science, geriatric or elderly people are treated as a separate category in themselves for prevention, diagnosis, and treatment. The reason for this remains that not only are they physically but also biologically different from the younger age groups.

The book Hutchinson’s clinical methods define a set of signs and symptoms known as ‘Geriatric giants’, in the elderly.

These are various signs shown by the elderly, that occur very commonly in them, due to several diseases, such as confusion, pressure sores, incontinence(loss of urinary bladder control), etc. Immobility and falls are two more of them. 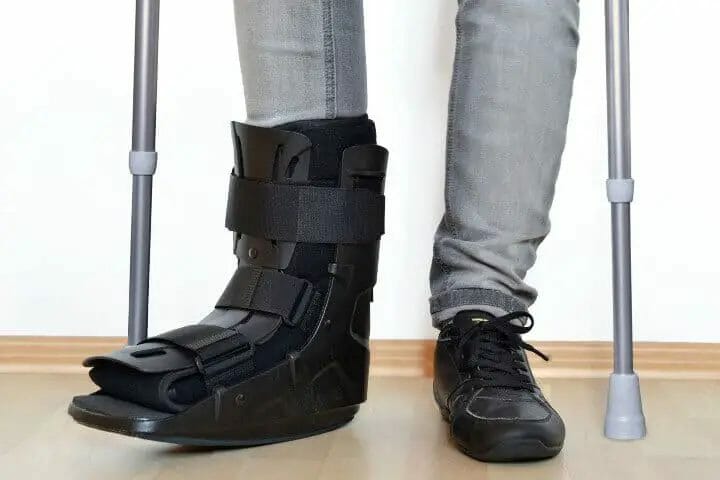 The stature, gait, physiological and physical conditions make the seniors prone to a lot of injuries of the lower extremities. These may range from sprains (that are caused when ligaments that connect two bones twist at the joints, causing pain and swelling), strains (injury to the tendons that connect muscle to bones), joint dislocation (bone displaced from its normal position) to fractures (break in the continuity of bones).

The major concern for patients after such incidents is not only pain and discomfort but also the lack of mobility. Rehabilitation of the patient after treatment of the injury can be started as soon as possible.

Different immobilizations are then needed to avoid unnecessary movement of the injured part that would allow for faster healing and at the same time allowing the patient to stay mobile.

In this article, we answer some of the most commonly asked questions about using a mobility-aid, also known as a walking boot.

What Is a Walking Boot? 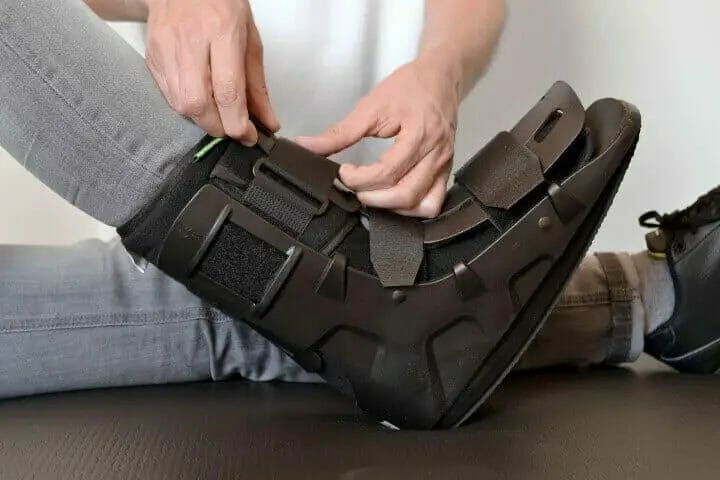 A walking boot is a medically prescribed boot that is used to protect and stabilize the shin, ankle, and foot area after an injury. The injured party may be surgically or non-surgically treated. In either case, a walking boot can be used.

They are available in sizes XS to XL. An equalizer walking foot base is used to balance the height difference on the other foot. The walking boot has a rocker base for more stability and a balanced gait.

It also has air-cushioning to protect the foot from impact and reduce shock. The time for which it is prescribed depends on the concerned injury e.g. 6 weeks or more in fractures. They are gradually weaned off after this time or if advised by a physician after a review check-up.

Why Use a Walking Boot?

You may also like Best Walking Boot For Sprained Ankle

When Is a Walking Boot Used?

It can be used during the treatment of several conditions such as:

How to Use Walking Boots Correctly?

Before beginning to walk in walking boots, the patient should have an equalizer for the other foot. Both of their heights should be the same for a proper gait and to avoid falls and further injuries.

Many boots have adjustable heel lifts for adjusting the height.

Arch support should be used inside the walking boot to avoid any foot pain and to keep it comfortable.

Always take small steps with the walking boot foot. The rocker bottom of the boot is so designed that it will be difficult to walk taking big steps and this design also assists in easy walking.

You may also like Best Walking Boots for Achilles Tendonitis

How Are Crutches Different From Walking Boots?

The job of crutches as a mobility aid is, to alleviate unnecessary pressure from the injured portion of the lower extremities and transfer it to the upper body. Hence, crutches are very similar to a walking boot in functionality. Though similar, they still differ a lot from one another.

Crutches need upper body strength and hence use arms and hands for using them whereas a walking boot sits independently on the legs and feet, requiring no need of hand and arm support.

Hence, a person wearing just walking boots can perform additional activities with his free hands which they won’t be able to when also using crutches.

The use of crutches constantly may also cause pain in the hands, arms, and shoulder, etc.

The crutches are usually used in pairs to balance both sides whereas a walking boot can be used on a single foot.

Crutches essentially don’t immobilize the injured part directly but transfer the stress. However, a walking boot directly immobilizes it.

Crutches when used along with walking boots provide additional support for walking. Although, patients can also walk without crutches but before that they need to understand how to wear the walking boots and practice walking in them gradually.

They may need support standing up or while climbing stairs etc. Crutches too can be used incorrectly if not learned how to use them for adequate load-bearing. 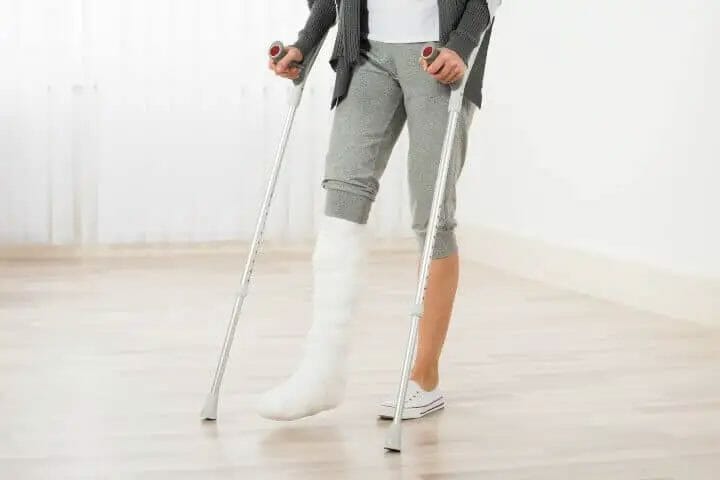 The design and balance dynamics of walking boots are such that they can be used independently without using crutches when one has got a hang of walking in them.

Personal choice also plays a role. If the person wearing a walking boot feels he is more comfortable walking when using crutches additionally, then there is no rule advised against the same.

Using crutches along with walking boots can also make the situation trickier because crutches require good balancing. It may get especially difficult to balance when it gets slippery as in rain or snow.

So essentially, if a person is using walking boots, he does not need crutches unless specified by a physician. In the initial stages of recovery, most physicians advise using both together for better balancing. Or, the person may use them if he feels he might face problems walking with walking boots alone.

Is There an Alternative to Crutches?

Yes, if a person does not want to or is uncomfortable using crutches, he can opt to use a good sturdy walking cane too. These may be more acceptable to some people as they are lightweight and easy to move around in.

The person can also use a walker but should take very small steps when using the same.

However, the last two are not so common options. Though they relieve the foot of a lot of stress, this may inversely affect the healing process by delaying it. Not to mention walkers and wheelchairs are costlier options than canes and walking sticks.

In either case, the patient needs to understand that both walking boots and crutches will not heal the injury but serve as rehabilitation in assisting the process of healing and fastening the process of recovery for the patient to be able to walk again independently without the help of aids.

You may also like Best Cane for Balance Problems

How to Use Both Effectively?

In the initial weeks,

In the later weeks,

To sum up, physical activity limitations can be very difficult for a patient already reeling from the agony of physical injuries. To impart not just quality of life but also mental satisfaction, the patient needs to be rehabilitated soon and with the best of aids available that work for him.

In this case, the answer to whether crutches are needed along with walking boots remains subjective as per various deciding factors. Both complement each other and can be used or not used together as the situation demands it.