Kratom has been used in Asia for centuries. It is touted for its many health benefits, both mental and physical.

People with a painful condition known as fibromyalgia may see a noticeable reduction in their pain levels while using kratom.

If you suffer from fibromyalgia or other painful issues, you may be wondering how kratom can help you.

In this guide, we’ll talk about kratom, how to use it, and how it can help the painful symptoms of fibromyalgia. We’ll also go over any research and potential side-effects you need to look out for.

What is Kratom? Where Does This Plant Come From? What Can it Be Used for?

Kratom is also known by the scientific name Mitragyna speciosa. It is a tropical evergreen tree that hails from wide areas in southeast Asia.

Did you know that Kratom belongs to the same plant family that coffee does? It can also create the same stimulant effects that coffee can. These trees can grow up to 80 feet tall while producing beautiful leaves and flower blooms.

People in Thailand, Malaysia, Indonesia, Borneo, and other countries in Asia have been using this plant for hundreds of years. The use of this plant in medicine dates back as early as the 19th century.

The working people of southeast Asia have historically used it to treat diarrhea, a bad cough, or other gastrointestinal issues. However, it has gained popularity in western society over the past decade or so.

It is legal in most parts of the United States. However, some states have outlawed their use. Arkansas, Alabama, Indiana, Vermont, Wisconsin, and Tennessee have all made it illegal. Kratom has also been outlawed in Sarasota, Denver, San Diego, Washington D.C., and parts of Florida.

Check out this map to find out if it is legal in your area.

The Food and Drug Administration is currently working with the Drug Enforcement Administration to make kratom illegal. They are waiting for more research in order to make a final decision.

Many people who suffer from chronic conditions are sad to see this happening. Kratom has many benefits that people cannot receive if they don’t have health insurance, cannot afford a doctor, or are worried about opioid addiction.

Kratom is commonly used to treat opioid withdrawal, pain, anxiety, intestinal disorders, and depression. That is why many people use it to help treat the painful symptoms that come with fibromyalgia.

They are both being researched due to their astounding pain-relieving qualities. 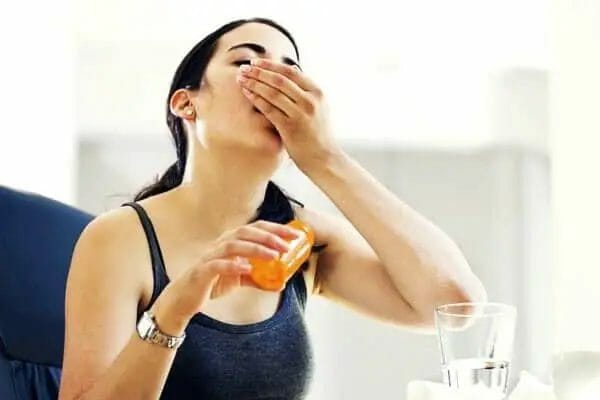 What is Fibromyalgia? How Can I Use Kratom to Help Me Relieve My Symptoms?

Fibromyalgia is a painful disorder that affects your mood, energy, sleep, and state of mind.

This condition can also cause numbness or tingling in the extremities. It is usually caused by injury, infection, or mental stress.

However, fibromyalgia can also occur over time. According to the Mayo Clinic, symptoms can build up until they become unbearable. The effects of this painful condition can vary greatly.

Pain – A consistent and dull pain that lasts around three months can be associated with fibromyalgia. This pain needs to be widespread. That means it occurs above and below the belt. It should also affect both sides of your body.

Lack of Focus – People who suffer from this disorder experience extreme brain fog. They have issues focusing on everyday tasks or issues.

Other symptoms people with fibromyalgia may experience include irritable bowel syndrome, migraines, joint pain, and other gastrointestinal disorders.

Do you experience all or some of these symptoms? Maybe you have already received a fibromyalgia diagnosis. If so, you are probably wondering how you can naturally relieve your pain.

Using kratom is a great option. It is available in powder or pill form. Some people chew its leaves, but that is not a very tasty option.

You can try mixing kratom powder with water, or you might add it to your favorite chocolate smoothie mix.

Chocolate is a great way to mask the taste. However, mixing the powder with other food like yogurt or pudding is another way to take it.

Capsules are easily taken with water. They are a simpler way to control your dosages. In Asia, people drink kratom tea as well. It is mixed with honey or sugar to enhance the taste.

Dr. Marc Swogger works at the University of Rochester Medical Center in New York. He serves as an associate professor of psychiatry.

Doctor Swogger recently published a study about the reasons that patients seek kratom.

According to Doctor Mark Swogger, pain relief is the biggest factor that contributes to the use of kratom. Live Science says that Swogger touts the amazing analgesic effects of this plant.

He says that kratom isn’t fully understood. However, he goes on to say that it binds to the same receptors that opiates do.

Therefore, it acts as a natural painkiller. It is important to note that even though kratom binds to opiate receptors in the brain, it is not an opiate.

Edward Boyer is a professor of emergency medicine at the University of Massachusetts Medical School.

He also serves as the director of medical toxicology. He has been studying the effects and possibilities of kratom.

According to Doctor Boyer, the mitragynine found in kratom binds to pain receptors in the same way as morphine.

However, unlike morphine, kratom does not cause respiratory depression. In fact, it has a mild stimulant effect.

Doctor Boyer said that he thinks a natural pain relief medication could be created with kratom.

So, what kind of kratom is best for fibromyalgia patients? There are three different strains to choose from.

These include red, green, and white vein kratom. Each will benefit sufferers of this disorder in a unique way.

Red vein kratom is wonderful for muscle relaxation. Additionally, it is effective in treating chronic pain and insomnia. The white vein strain is best for increasing energy levels.

If you suffer from fatigue as a result of fibromyalgia, this could be the strain for you. It can also treat mild pain without causing fatigue.

Green vein kratom is a fantastic strain to use for intense pain relief. Plus, it can give you a nice burst of energy. Some people choose to use all three to treat fatigue, stress, pain, and muscle tightness.

People have begun flocking to kratom as an alternative to prescription painkillers, antidepressants, and muscle relaxers.

Thankfully, it is shown to be less addictive than opiates. Additionally, it does not come with the large host of side effects that many prescription medications do.

Medicines to treat fibromyalgia have caused some controversy lately. Lyrica and Cymbalta used to be two of the most popular medications prescribed to fibromyalgia patients.

However, people have been filing lawsuits against the makers of these drugs for years.

This is due to the severe effects these medications can cause during and after use. They can cause brain and nerve damage. Some users even felt suicidal when using Lyrica or Cymbalta.

These medications could come with other severe side-effects such as dizziness, weight gain, blurred vision, drowsiness, lack of concentration, swelling, dry mouth, edema, constipation, balance disorder, and increased appetite. Therefore, people are searching for other options.

There is an opioid crisis going on across the United States. People with fibromyalgia are looking for something different.

They are afraid of forming a habit with their painkillers and antidepressants.

Additionally, doctors have cut down on their painkiller prescriptions due to this crisis. Some have canceled ongoing prescriptions.

Others almost refuse to prescribe painkillers at all. This is leaving fibromyalgia patients in pain and seeking help.

Tens of thousands of Americans die every year due to opioid overdoses. This crisis has crippled families and decreased the average life expectancy of American adults.

Check out this YouTube video to learn more about kratom and how it could help the opioid crisis.

Kratom can be addictive if used too much. So, it is important to use it for medicinal purposes only. However, it has not been shown to be as addictive as opioids are. 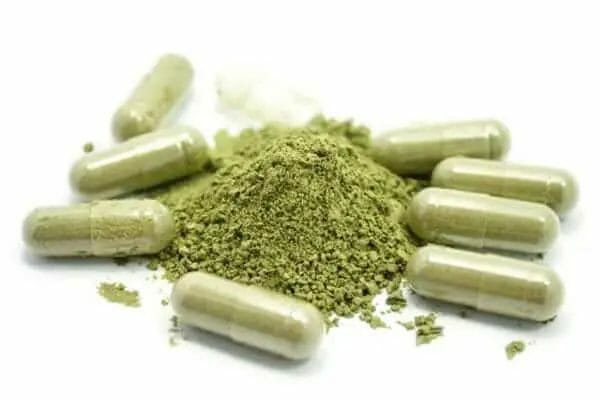 What Are the Possible Side-Effects of Using Kratom? Are Any of Them Serious? How Do I Avoid Them

Like most drugs, kratom does come with a few possible side-effects. One study says that mitragynine can be addictive.

If a habit or dependence is formed, symptoms like nausea, sweating, tremors, insomnia, and hallucinations can occur.

When people try to break an addiction with kratom, they can experience intense withdrawals.

Prolonged or heavy use of kratom can lead to other side-effects. These include constipation, lack of appetite, weight loss, facial discoloration, and insomnia.

Did you know that kratom contains nearly the same number of alkaloids as hallucinogenic mushrooms or opium?

According to Healthline, alkaloids have strong effects on the human body. More studies are needed to determine which dosages are the most effective without causing harm.

It is important to talk about the positive side-effects of kratom as well. It shows a lot of promise in the medical field.

These properties can be broken down into a few categories.

According to WebMD, kratom can cause additional side-effects if taken orally. These may include tongue numbness, vomiting, nausea, frequent urination, aggression, delusions, and constipation. Another reported effect of kratom use is a lack of motor coordination.

Like most drugs, if you take too much kratom you could end up in a serious situation. When taken in larger doses, kratom can cause brain swelling, trouble breathing, seizures, and liver damage. In some cases, kratom may even be fatal.

Do not use kratom if you are pregnant, breastfeeding, or may become pregnant. Though research has not shown it to be harmful during pregnancy, it is better to be safe than sorry.

If you have been diagnosed with a severe mental disorder, do not use kratom until more research has been completed. It may worsen your symptoms.

What is the Most Important Take Away from All This? Is Kratom Still a Safer Option for People Living with Fibromyalgia?

It is vital that you understand why kratom is still considered a safer option by many. Though it can be harmful, it does not cause respiratory failure. This side effect is the main cause of overdoses with opiates.

People with Fibromyalgia suffer greatly. They are looking for a good alternative.

Kratom is a more natural option for many people living with fibromyalgia. It can help with their intense pain, fatigue, and fogginess.

Kratom can be harmful, so it is important to start with small doses at first. Monitoring your doses will be the safest way to go about taking it.

This medicinal plant has been used for centuries in ancient Asian medicine. People in southeast Asia use it by chewing its leaves or making a tea out of them. Kratom’s benefits have been experienced by thousands of people.

It has been shown to treat illnesses such as depression, anxiety, fibromyalgia, and chronic pain. Many users say it has helped them kick their opiate addiction as well.

]That is something to pay attention to with the American opioid crisis in full gear.

Kratom can also help issues like diarrhea, a bad cough, and other intestinal disorders.

More research must be done to decipher the exact benefits of kratom and how much should be taken.

This useful plant has been utilized for its analgesic properties for hundreds of years. If you are currently dealing with fibromyalgia, you may find some relief with it. 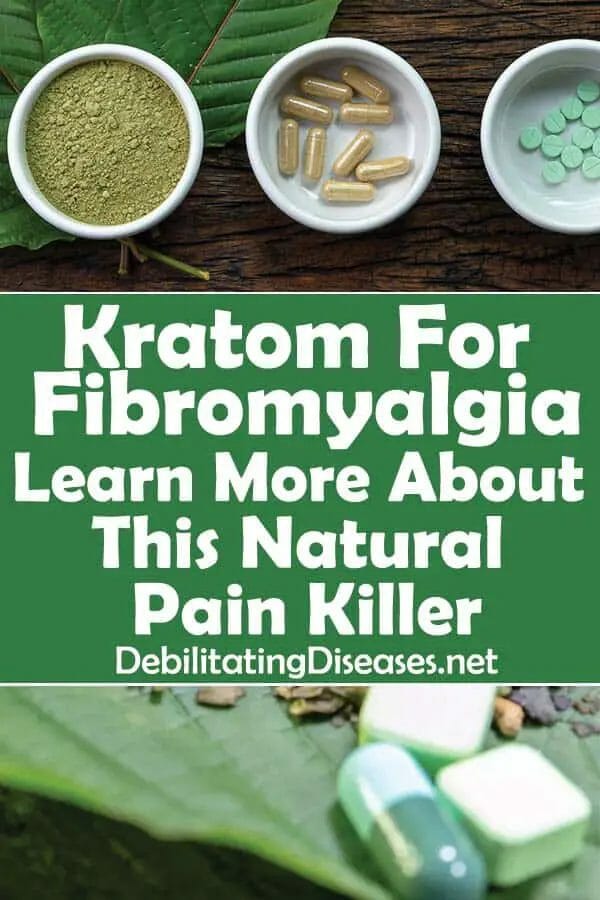