The Philippines has become a very popular destination for Americans to retire to, and it’s easy to see why: the beautiful country with its pleasant weather, friendly and welcoming people, and a very relaxed and laid back way of living makes it incredibly attractive to spend your retired years there. 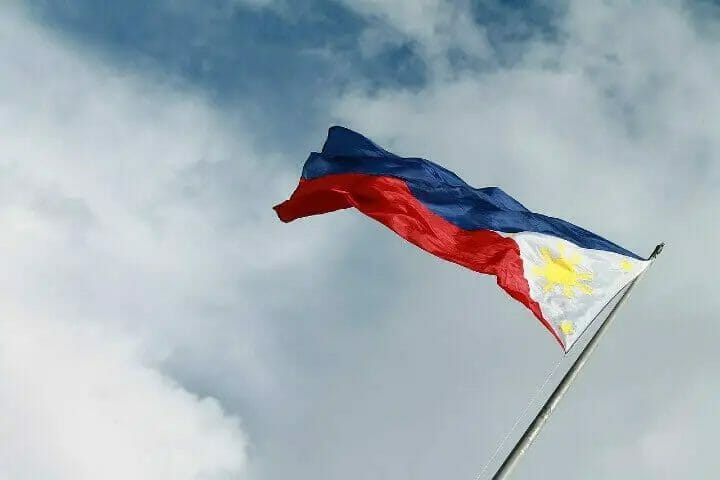 Despite the gorgeous weather and friendly people, there is another reason the Philippines has become a really popular destination for Americans to retire to: it’s incredibly affordable to live there.

In fact, it is possible to enjoy a very comfortable – even luxurious – lifestyle here for a fraction of the cost it would take to fund that kind of lifestyle in the US. As an estimate, living in the US is 2.5 times more expensive than it is to live the same lifestyle in the Philippines.

So First, Why Even Move to the Philippines?

The Philippines has one of the most westernized cultures of all the countries in Asia, mostly because of British, Spanish and American influence in its culture. Locals and natives of the Philippines enjoy American culture, and they are very welcoming to westerners when they visit or even move here. 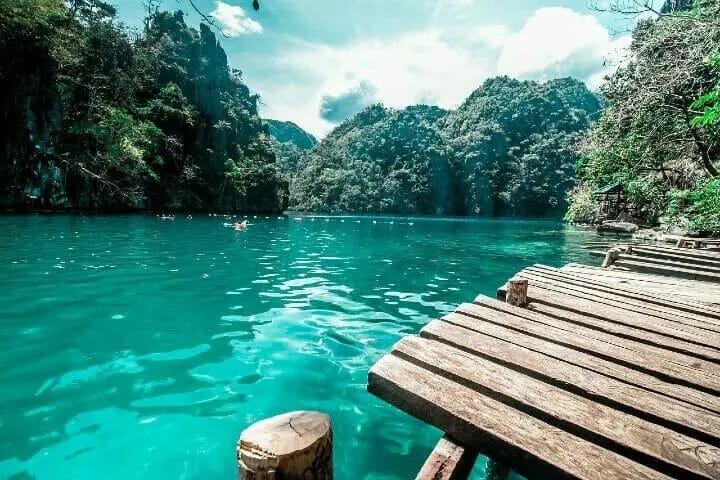 The weather in the Philippines is also very enjoyable – it’s not incredibly hot and humid, although it is pretty tropical. It is warm all year round, and temperatures are typically in the mid-70s. There are also beautiful beaches, waterfalls and lush forests for everyone to explore.

Even though it has beautiful weather, the number one reason Americans retire to the Philippines is that they can purchase a comfortable home and still live a lavish lifestyle for so much less than what the same would cost in the US.’

Eating and Dining in the Philippines

Due to the various cultural influences in the Philippines, the cuisine here is also incredibly diverse. When travelling to another country, sometimes the cuisine – if it’s significantly different from what you’re used to – can make it hard to fully experience the culture and the country, and all it has to offer.

There are so many ethnic groups within the Philippines, which makes it very exciting to explore all the different foods from various regions.

The best part about eating in the Philippines – like living here – is that it is incredibly cheap when compared to a similar meal in the US. This means you can explore different restaurants and places to eat without spending too much of your budget. 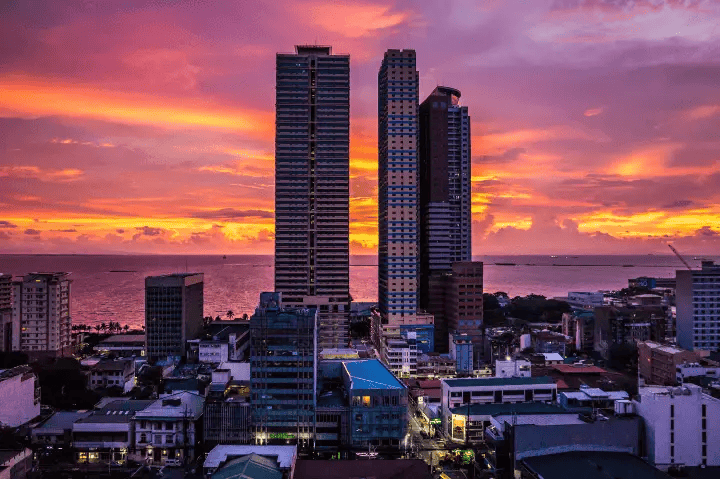 If you prefer to cook your own food – that’s ok too. There is plenty of fresh produce and meat available to everyone for a very affordable price as well.

It is also easy to get your hands on foods you are used to eating in America, so you won’t have too much of a culture shock and won’t have to worry that you won’t know how to cook with the foods available to you.

Cost of Eating Out in the Philippines

A meal at an inexpensive, casual restaurant will likely cost you the equivalent of $3.10USD. If you prefer to dine at more upscale restaurants, you could get a three course meal for two people for about $21USD.

When it comes to buying your own groceries, staples like a dozen eggs is only $1.80USD and a loaf of bread is about $1.20USD. Purchasing groceries in the Philippines is so much more affordable than what it would be in many parts of the US so it’s easy to see why it’s so much more attractive to retire here.

Once you move to the Philippines, you will want a way to get around as you may need to. The Philippines has a fairly advanced transportation system that has extensive roadways, airports, rail lines and watercraft to get people around to where they need to be.

However, if you venture to smaller islands or even smaller cities you will likely run into unpaved gravel roads that are not as well maintained as they would be in bigger cities. 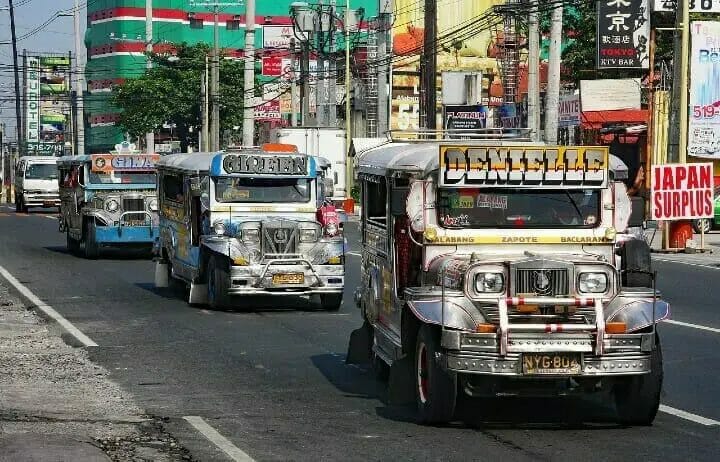 Now, if you choose to live on one of the smaller islands in the Philippines then you might be better off to buy a boat as that would be the main source of transportation.

If You Must Have Your Own Vehicle

This is one area where the cost of purchasing is not significantly cheaper than it would be in the US. The cost of vehicles is going to be about the same, or maybe a little more, once you convert the currency. If you are saving in all other areas of expenses, though, purchasing a vehicle for almost the same amount isn’t really that big of a deal.

You can also purchase a second-hand vehicle, if you want to, just to have to drive around when you need it.

Housing in the Philippines

Housing here is actually very affordable when compared to what you would get for the same amount of money in the US. The price you will pay for housing will vary, depending on where you choose to live.

If you want to be in a newer apartment in Manilla, then your rent will likely be pretty expensive. Instead, properties in the less populated areas will be so cheap that you might actually be able to purchase several properties or houses.

How Much Does Rent Go For in the City? 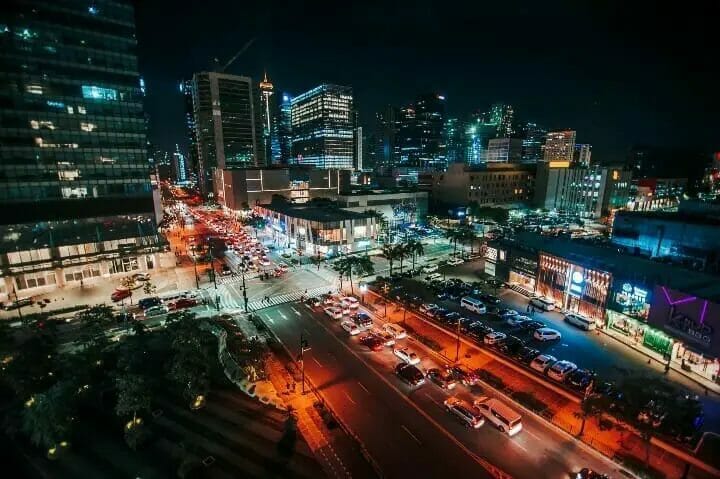 For comparison, living outside the city a one bedroom apartment would be $190USD and a three bedroom would go for $380USD. It would be almost impossible to rent these same kinds of apartments for that much money in the US. When it comes to housing, the Philippines is very affordable.

Buying Property in the Philippines

There are a few stipulations that you will need to make sure you’re aware of if you are going to retire to the Philippines. There is a rule that foreigners are not allowed to own land in the Philippines, but that doesn’t mean they can’t own property.

To get around this rule, many Americans will purchase a freestanding house and then lease the land that the house is built on.

In addition to that, foreigners can purchase property through a corporation as long as at least 60% of that company is owned by Filipino citizens. For many foreigners, though, they find that a long-term lease agreement just works much better than trying to get around all of these rules.

Working in the Philippines

While you are planning to retire here, that doesn’t mean you won’t want to maybe work a little bit and earn some extra income. The good news here is that the economy is pretty strong, generally, in the Philippines so it’s pretty easy to find a job for some extra income if needed.

The largest industries here are manufacturing, mining, electronics, tourism, and pharmaceuticals. The average salary is about $15,000USD but with special skills and in-demand industries it is possible to earn a lot more than that.

The Philippines is generally very welcoming to Americans coming to live and work there. They know that foreigners generally bring a boom to their economy and so they welcome that.

For Americans who want to retire to the Philippines, especially if they have a fairly decent retirement plan or fund, it’s a very affordable way to spend their golden years. American retirees can enjoy beautiful beaches and waterfalls, as well as experience all kinds of cultures and cuisines in one place.

The people in the Philippines are incredibly welcoming to Americans coming in, and almost everyone speaks English – especially in the bigger cities. You can very easily live off of $1,000USD every month here and that would give you a very comfortable and perhaps even lavish lifestyle.

Before purchasing property or making this commitment to retiring to the Philippines, you should definitely take a trip there and discover everything it has to offer. You can also seek professional help to make sure that your move and transition there is as smooth as possible.

You’ve worked very hard for your retirement years, so it’s important to make sure that you get as much enjoyment as possible out of your golden years. Take an extended trip and explore what it would be like to really live here and see how you like it. It would be a big adjustment from your current lifestyle, however it’s one of the most affordable places to live in the world so why not consider the option of retiring outside the US?