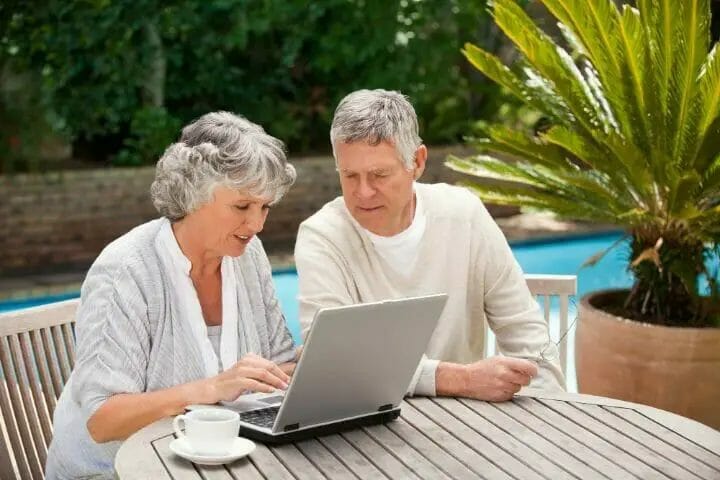 To most, and most likely to you as well, retirement is the ultimate goal. Being able to put down your work and take a long, relaxed break.

So, let’s say you have a one-million-dollar nest egg saved up at this exact moment. Exactly how many years would you be able to stretch that money across?

On average throughout the U.S. nationwide, having one million dollars saved for retirement will last you just around 23.46 years.

The city you choose to live in after retirement can affect that number and how long one million will last you. In San Franciso, California, one million can last you 11.79 years before it’s used up. On the other hand, if you retire in McAllen, Texas you could expect your nest egg to last you about 32.36 years.

How long one million dollars will last you in retirement also depends on other factors, which we will look at further.

Let’s say that you have just retired, and are sitting on a nice nest egg of one million. If you want that money to last you for the next thirty years, then your annual withdrawals shouldn’t be more than $40,000.

A good rule to follow to make your money last longer is the 4% rule. The 4% rule says that you should not be withdrawing more than 4% of your total savings each year.

Following this general rule of thumb, your one-million-dollar retirement fund should last you for around thirty years.

Many people set their sights on 65 as good age to retire. For those aged 65, the average life expectancy is around 19 more years.

The average life expectancy in the U.S. is 78.7 years. So, if you withdraw $40,000 from your saved one million annually, you could expect to retire at the age of 50 with your money lasting for the next thirty years.

The 4% Rule is Not Perfect for Everyone, However…

The 4% rule is an excellent place for you to start in order to maximize how long your money will last you, however it is not always suitable for everyone’s specific situation.

In order for the 4% rule to work, you must withdraw the exact same amount every year, adjusted for inflation, which is much easier said than done. The 4% rule only works assuming the same expenditure each year.

With these shifts in annual expenses, and the constantly changing cost of living, the 4% rule isn’t always perfect, but it’s a great general place to start if you want your money to last.

If you want to know just how many years you can stretch your one million nest egg across and at which age you can retire with a million on your current income, a retirement calculator is an excellent tool.

Factors to Consider While Calculating a Retirement Nest Egg

Of course, the state and city in which you live are the biggest factors when it comes to expecting how long your money will last you. Hawaii was found to be the most expensive state, with one million lasting 10 years, 2 months, and 29 days; a total annual cost of $97,549.48.

On the other end of the scale, if you decided to retire in Mississippi, the state average was found to be the least expensive in the U.S. You could expect your one million to last 23 years, 2 months, and 2 days with total annual expenditures coming to $43,129.28.

Aside from your location, the general cost of living and your lifestyle choices can seriously impact how long one million will last you in retirement.

Acquiring an immediate annuity is one of the most common ways to ensure that your annual expenditures do not exceed your budget, which goes a long way to making your money last.

If you decide to go the route of an immediate annuity, the total sum of your nest egg will be changed over to a guaranteed cheque every month with a set value. This can help very much with budgeting, ensuring you do not spend more than the 4% rule suggests.

Immediate annuities do have their advantages and disadvantages however, which we will explore further.

You may also like How Much Does Senior Day Care Cost

Advantages and Disadvantages of Immediate Annuity

An immediate annuity is a great way to ensure that you do not exceed the 4% annual expenditure rule. There are both pros and cons with this saving technique.

If you have an immediate annuity, then you will never have to worry about running out of money for the rest of your life in retirement.

Another part of an immediate annuity that may catch your eye is their tax-deferral status. The only time people are ever required to pay taxes on their annuity is if they decide to withdraw the entire amount of the invested fund.

As with all things though, this retirement saving technique does have its cons as well.

These surrender fees ensure that those who purchase an immediate annuity do not back out of the contract too soon. Usually, these fees are in place for up to eight years, although it can sometimes be longer. The fee amount varies but is often quite heavy.

How Long Will a Million Last in Retirement – The Bottom Line

With a proper budget and smart investing, one million dollars can last you at least thirty years if you withdraw no more than 4% of that each year.

However, many people in today’s word spend much more than $40,000 annually. It is possible to stay within this annual expenditure budget and ensure your one million lasts for the next thirty years.

Immediate annuities are one of the best ways to make sure you are not dipping too far into your retirement fund each year.

You may be wishing to spend more than $40,000 annually post-work, in which case you will need to make wise investment decisions in order to ensure your cash lasts as long as possible.

Say you plan to spend quite a bit more than the recommended 4% annually. Let’s say you are planning on having a lifestyle in which you are withdrawing 10% of the one million each year.

At that rate, with a monthly withdrawal of $8,333.33 and an annual withdrawal of $100,000 you could expect your money to last you for just around eleven years.

Although the factors in answering how long will a million will last in retirement are highly variable and personal, using a retirement calculator along with a systematic withdrawal calculator can give you a good sense.

These tools can help you to expect how long a one-million-dollar nest egg will last you, along with how much you should be spending annually depending on how long you would like one million to last you in retirement.