A total knee replacement surgery (or arthroplasty) essentially involves the removal of all bone and tissue that has become problematic due to disease or wear and tear and replacing it with an artificial knee joint known as a prosthesis (sometimes also known as an implant). 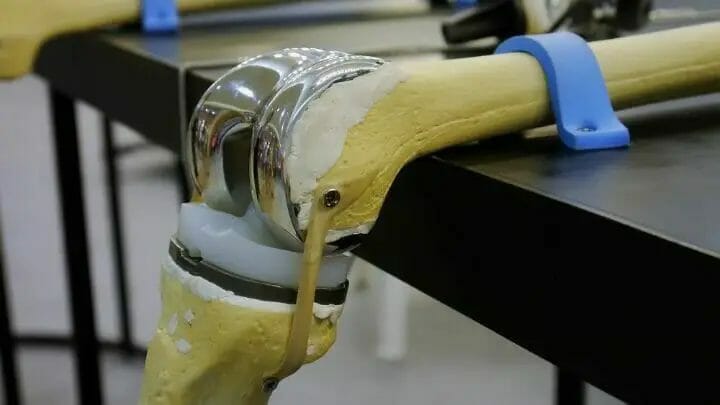 This prosthesis closely resembles the natural knee joint of the human body in both forms (appearance) and function (working).

They weigh roughly around a pound. In this article, we would be addressing this further, in detail, so that you get to know everything about weight changes due to that implant in your knee.

What Are the Parts of a Knee Prosthesis?

If you are getting an artificial knee joint, it is good to know about the prosthesis and the different parts that will replace the natural ones in your body. The components of the prosthesis in a total knee replacement are as follows,

Now since you know the different components of the prosthesis, it is essential to know about the material that it is made up of and how that influences its weight and lifespan.

There is no ‘one implant fits all’. There are different types of implants available in the market that will be best suited for you as per your level of physical activity, body anatomy, gender, and other lifestyle needs.

You may also like Best Knee Pillows After Knee Replacement

How Does the Material of the Prosthesis Influence Its Weight?

The increase in body weight after the surgery is directly proportional to the material used to make the knee prosthesis. 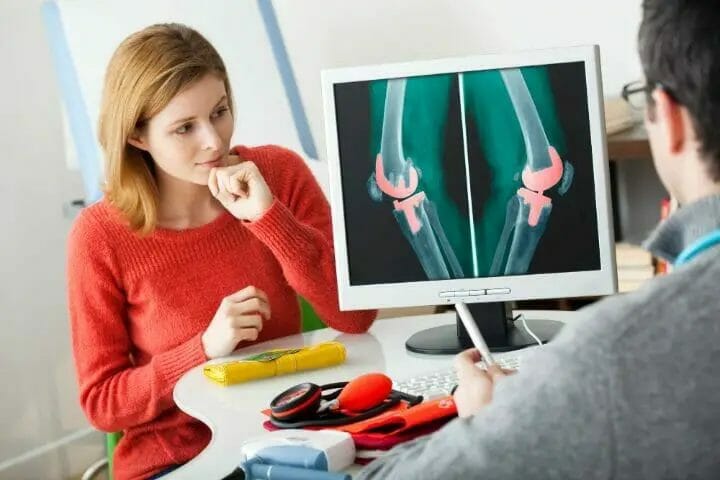 Initially, the knee prosthesis used to be made of various kinds of materials, but today, they are made only of titanium or cobalt-chromium (Vitallium) based alloys.

Titanium is a biocompatible material (compatible with the human body). It has a low density and weighs nearly 45% less than steel.

All these different components mentioned above contribute differently to the total weight of the prosthesis.

All knee prostheses are not of the same size. Different sizes are available as per the body type, the type of prostheses required, and the need for the prosthesis.

Also, there are differences in the structure of bones in men as compared to women. The anatomy of the ends of the thigh bone varies slightly and so do the kneecaps. 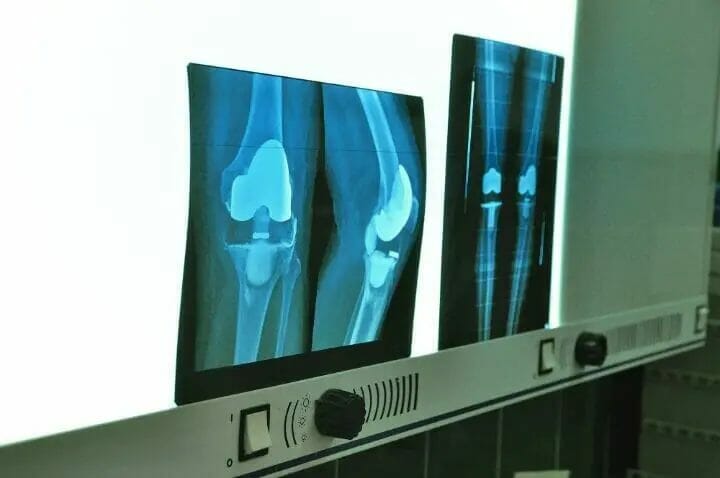 Since the pelvic bones are wider in women, the upper leg bones meet at sharper angles at the knee, which means that they are more prone to wear and tear.

Above mentioned differences in knee anatomy have led the companies to manufacture differently sized prostheses which are hence of different weights.

The prosthesis for men is usually larger than those for women. This additional weight that gets added on is so minute that it does not cause anybody balance issues.

Having understood all these variables, now you would be able to appreciate the weight dynamics of the prosthesis as well.

Weight of the Prosthesis

From what you have read so far, you can infer that the weight of the prosthesis is highly variable.

A knee replacement prosthesis can weigh around a pound. This weight differs greatly depending on different models made by various companies. It also varies based on the size of the prosthesis and other variables. 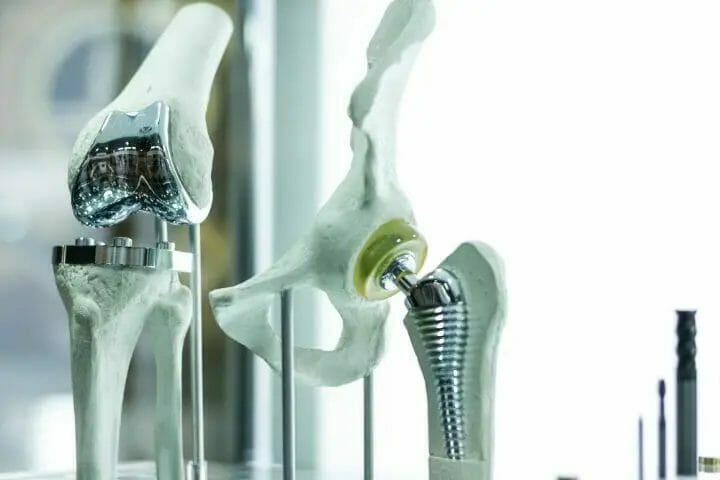 From this study, the following points were observed.

This gives an idea of what your knee prosthesis can weigh up to. There may also be a slight insignificant increase in overall body weight after knee replacement, which goes noticed by the patient.

The natural bone and tissue removed during surgery compensate for some of the added weight of the prosthesis.

To sum up, the knee prosthesis with varying designs and sizes weighs only close to a pound. You will hardly feel any added weight or the presence of the new knee.

Additionally, the titanium prostheses used to replace the natural knee are much lighter, stronger, and safer. A good quality knee prosthesis will give you many years of desired functioning and good support. It is imperative to know such things to prepare for knee replacement surgery if you opt to have one.

By the way, we have written more articles about post-surgery care if you are into running, skiing, yoga, and other activities.