Attention Deficit Hyperactivity Disorder (ADHD) is one of the most common chronic neurodevelopmental disorders today. Over 6 million children have ever been diagnosed with ADHD in the United States, a majority of whom were between the ages of 12 and 17 at the time of diagnosis[i]. 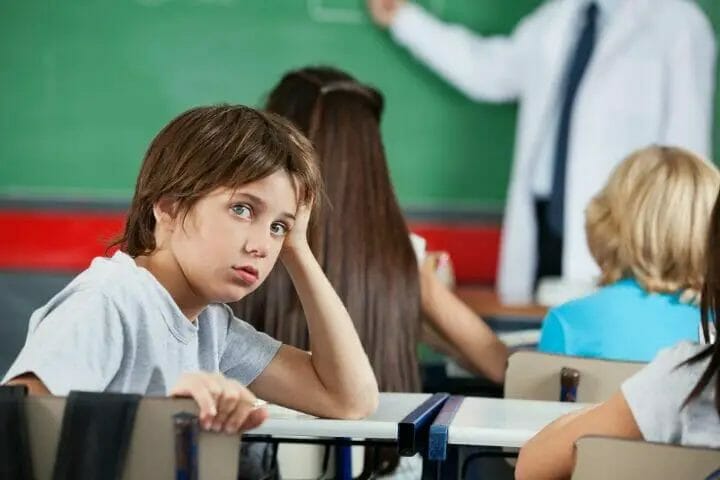 Children with ADHD present with symptoms of inattentiveness or hyper activeness. They may tend to daydream a lot, find it very hard to focus on tasks, follow instructions, or participate effectively in conversations.

These children may also appear to be impulsive, jump, run or climb frequently, or grab things. A large majority of children suffering from ADHD are subject to medication and behavioral treatment, to help them manage this disorder.

Of late, it is becoming evident that the application of sensory stimulation and deep touch pressure help in altering the levels of arousal of the central nervous system, thereby helping kids suffering from ADHD overcome their symptoms to a certain extent.

Behavioral therapists are increasingly resorting to the use of sensory stimulation to treat the symptoms of ADHD.

What Is a Weighted Vest?

A weighted vest is an external apparatus worn over a layer of clothing, and with pockets to carry small weights.

Ideally, these vests can be loaded with weights amounting to not more than 10% of the wearer’s body weight. For example, if a person weighs 100 pounds, he/she may wear a weighted vest loaded with a maximum of 10 pounds.

Generally, weighted vests have immense benefit for the wearer, and can be used while performing any exercise like walking, running, or weight training. In fact, running with weighted vests can enhance strengthening of the body, by applying incremental pressure on the muscles and bones.

Additionally, using the best weighted vests for osteoporosis can also help in limiting and reversing the progression of the disease in women. Scientists and behavioral therapists have also experimented with the use of weighted vests in kids with autism and found some benefits.

How Does the Use of Weighted Vests Help Children With ADHD?

Though a lot of research is still underway about ADHD, we understand that it is caused by deficiencies in a certain neurotransmitter within the brain. Called norepinephrine, the neurotransmitter helps to pass information in the Reticular Formation, a region of the brain that processes sensory inputs[ii]. Any improper processing of sensory information leads to disorders like ADHD.

It has been found that applying deep touch pressure on various parts of the human body overrides the auditory, visual, and tactile stimulations in the Reticular Formation, thereby leading to a reduction in excitability.

Weighted vests provide a deep touch pressure to the body and help in overcoming symptoms of ADHD.

What Are the Benefits of Weighted Vests for ADHD?

Keeping children focused on tasks at hand is one of the main challenges teachers and parents face today. Imagine giving a child a picture to color, and he goes trotting off to stare through an open window instead?

On-task time is defined as the time spent by a person on a predefined task, such as writing, performing crafts like cutting and pasting, etc. While regular children will be able to stay on the tasks till they are complete, those with ADHD will find it difficult to complete them since their attention will meanwhile be drawn by something else. 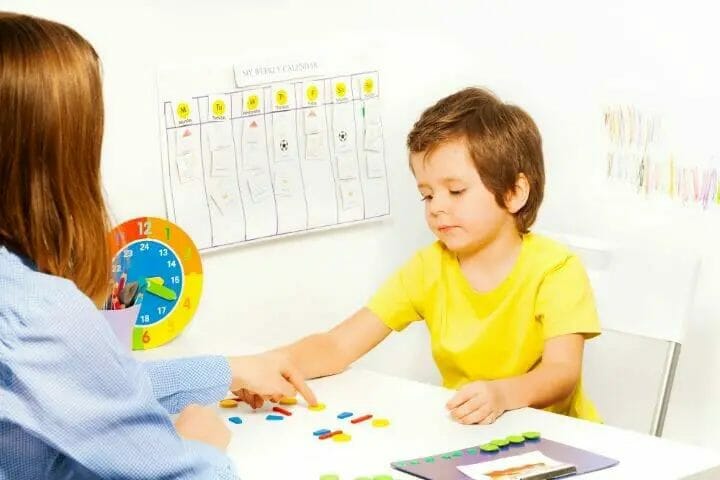 Children with ADHD may appear visually unfocussed, reach out and pick up objects unrelated to the task, drop items relevant to the task or speak to others before completing the task.

Research has found that the use of weighted vests significantly improves on-task behavior in children with ADHD[iii], substantially increasing the probability of completion.

You may also like Best Gifts for Special Needs Adults

Attention span is the amount of time a person spends concentrating on a task before becoming distracted. While it is very common even for healthy people to have short attention spans at times, this problem is especially troublesome for children with ADHD.

Decreased attention spans in children with ADHD results in decreased efficiency of classroom learning and peer-to-peer interactions, which form an integral part of school education.

When children with ADHD are made to wear weighted vests for short periods of time while inside the classroom, they experience a significant improvement in their attention span.

This makes it easier for them to pay attention to classes, engage in constructive conversations with teachers and classmates, do their class and homework exercises better.

#3. Calming Down Hyperactive or Fidgety Children

Children with ADHD often exhibit impulsive behavior and are hyperactive. They may talk a lot, run or jump constantly, interrupt others frequently, or grab things from others. It may also be very hard for such children to wait their turn.

Such behavior is generally very disruptive to a social setting where healthy children are engaged in doing something productive. Wearing weighted vests can help calm down children with ADHD and help them moderate their behavior. 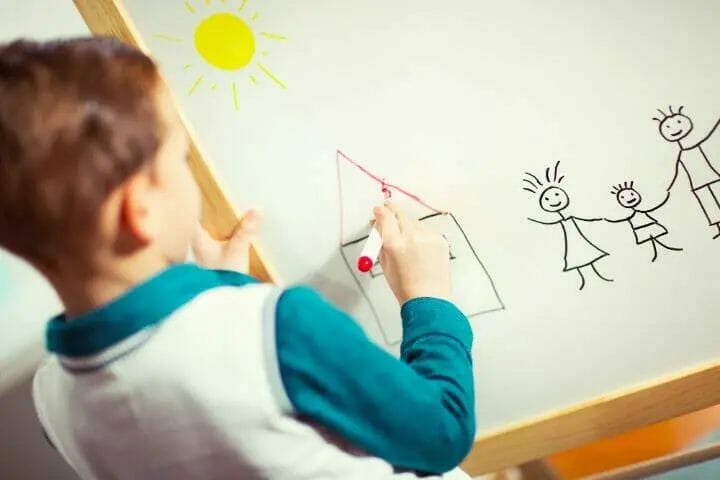 You may also like Best Dog for Special Needs Child

Disorders like ADHD rarely occur in isolation. Children exhibiting ADHD are sometimes found exhibiting other ailments like Autism Spectrum Disorder (ASD)[iv]. When occurring together, they pose more complex challenges for the children and their parents.

Addressing a symptom of either of these disorders can have a remarkable effect on the other as well. A predominant symptom of ASD is stimming, or self-stimulating behavior. Children afflicted with ADHD and ASD often perform quick and uncontrollable repetitive movements.

While stimming may be present even in regular people, it is less of a social problem. For example, you may be continuously drumming your fingers on your desk or tapping your feet on the floor for 20 minutes without realizing it.

However, if you were to be presented with a social cue that others are irritated by this, you may quickly stop. In children with ADSD and ASD, this feedback loop is absent as they are unable to read social clues and respond accordingly.

The controlled use of weighted vests has shown to decrease self-stimulating behavior in children with developmental disorders.

The use of weighted vests for ADHD has numerous benefits. However, it is important to consult with your healthcare professional before letting your kid try these on.