Green tea has turned into a popular drink inside the United States. According to The Tea Association of the U.S.A., of the 84 billion servings of tea consumed in the country in 2017, 13 percent of them were glasses of green tea.

It’s true that green tea still lags significantly behind black tea in terms of popularity, but even with the gap that wide, that’s still over 10 billion cups of green tea that were consumed over the course of last year.

People have grown fonder of drinking green tea due to a variety of reasons. When green tea is brewed in a certain way, it can take on a bitter flavor, but it’s the type of bitterness that does not overwhelm and can even be pleasant to certain drinkers.

People have also figured out how to draw out the inherent sweetness of green tea, and that has helped turn it into a drink that is capable of appealing to more people.

Still, while more people may be more receptive to the flavor of green tea, that’s probably not the number one reason for why billions of cups of it were consumed in 2017. In all likelihood, it’s the health benefits of green tea that people are still after.

Green tea can help improve a person’s health in numerous ways, and some folks may not even be aware that this increasingly more popular beverage continues to present benefits when people decide to drink it before going to bed.

In this article, we will discuss the different benefits that can be obtained from green tea whenever it is consumed before sleeping.

Bad breath can be eliminated by drinking green tea

Morning breath is an issue that plagues many people. That’s the kind of problem that can make many people shy away from interacting with others, wary that the foul odor of their breath may repulse others.

Brushing your teeth before bed can help eliminate the harsh odor of bad breath somewhat, but many who are saddled with this problem have likely tried that already and have found that it does not do nearly enough to get rid of the stench.

This is where green tea can come in and provide a bit of assistance.

Famed YouTuber Doctor Mike discussed the benefits of green tea in a previously posted video, and one of the points for the beverage that he talked about was its positive effects on bad breath.

According to Doctor Mike, some of the nutrients in green tea, namely the ones known as catechins, are known to eliminate the bacteria that live in a person’s mouth.

As you may know, those pesky microorganisms are the main reasons for why your breath can smell really bad in the morning, so anything that can work against or even eliminate them will contribute to the cause of you having less putrid breath when you wake up.

In order to get the best results, what you can do is to adopt the habits of brushing your teeth and drinking green tea before going to sleep.

If doing just one of those things prior to hitting the hay can significantly improve your bad breath situation, then logic would dictate that doing both should be more beneficial to you.

It may be best for you to drink the green tea first before you head into the bathroom for a brush just to make sure that the flavor of the drink isn’t altered.

Oh and Doctor Mike also pointed out that drinking green tea can help you get rid of the cavity-causing plaque that may reside in your mouth.

That’s just another reason for why having a cup of green tea is a good idea before you call it a night. 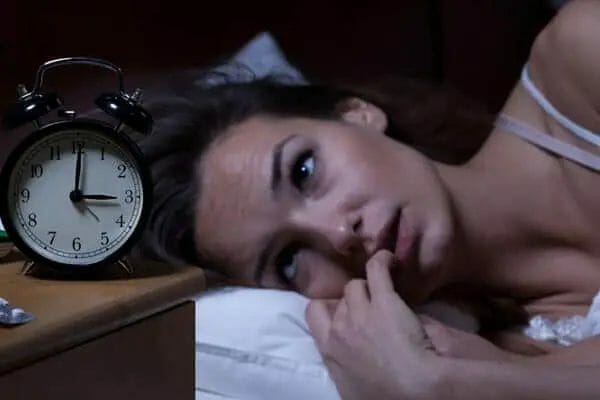 Green tea can be the cure for a restless night

For many people, the simple act of falling asleep is one of the greatest challenges they face on a nightly basis.

Stress can make it almost impossible for people to find rest at night. You may already be under the sheets and getting ready to rest when a work problem suddenly pops into your head and then that’s it, and hope you had of enjoying a full eight hours of sleep just went out the window.

Younger people may be plagued by issues at school. The struggle to post good grades is something anyone who ever went to school can relate to, and worrying about that is a surefire way to get no sleep.

If you are unfortunate to have one of those restless nights, then maybe you should consider drinking some green tea.

Speaking previously to WebMD, nutritionist Beth Reardon, RD, said that there is a substance inside green tea that can calm people down, and it is known as theanine.

The theanine present in the tea relaxes people and it also puts them in a state of mind that is more conducive to slumber.

Stress certainly has the potential to be overwhelming at times, but the soothing powers of the theanine present inside green tea are capable of overcoming it.

It is worth noting that the theanine in green tea can counteract more than just the stress that’s weighing heavily on you.

It creeps into every aspect of daily life and makes even the most menial tasks almost impossible to accomplish. When left unchecked, an anxiety disorder can dominate a person’s life.

Green tea will not cure an anxiety disorder, but what it can do is make it more manageable. Again, the presence of the theanine in the tea is key here.

Theanine is known as something that can be used for the purposes of treating anxiety. By pouring yourself a cup of green tea, you can quell the anxiety troubling you at least for the night.

You will still need to seek long-term treatment for your anxiety, but green tea can serve adequately as a temporary source of relief.

Green tea is an ideal alternative to your after-dinner coffee

Many people prefer to have a cup of coffee after dinner because it relaxes them. Anything that can help you unwind after a long day is something you should be able to freely enjoy and for a big chunk of the population, coffee is what they like to turn to for that purpose.

Having coffee at night doesn’t always make sense given its caffeine content. Instead of easing you into your hours of sleep, a cup of joe may instead work to liven you up.

That’s not necessarily a bad thing, though you would probably prefer to just be asleep if you have something important to do at work or school the following day.

If you just can’t live without your after-dinner drink, then perhaps substituting coffee with green tea would be a wise move for you.

Though both drinks contain caffeine, green tea contains way less of that compared to coffee.

Your troubles with sleeping could have something to do with your after-dinner habit of drinking coffee, so fix that by turning to some green tea instead.

You’ve probably heard of the saying that eating too much at night is not good for you because you aren’t giving yourself enough time to digest the food you just consumed.

We instinctively know that gorging yourself on food at night is a bad idea, but let’s face it, when you’re having a good time with friends and family at the dinner table, it can be hard to turn down that second serving of mashed potatoes.

Ideally, what you want to do is refrain from overeating at night as much as possible, but is there still some way for you to rest easy at night if you did give in to your cravings?

The answer to that question is yes, and what you’ll want to do is prepare some green tea. Apart from all the benefits that have already been mentioned above, green tea also happens to have a positive effect on your metabolism.

Namely, some studies have shown that drinking green tea boosts the rate of your metabolism, according to Healthline.

If after finishing up with dinner, you feel like you’re about to burst because of all the food you just ate, take a few moments to fix up some green tea to be rid of that problem.

Some restaurants already feature the practice of offering their diners some tea after their meals because it is a digestive aid. You don’t need to go out to a fancy restaurant just for some after-dinner tea, however.

Since green tea is widely available, just make sure that you always have some bags ready to go home and those nights of you tossing and turning in bed because of an uncomfortable feeling in your stomach will be nothing more than remnants of the past. 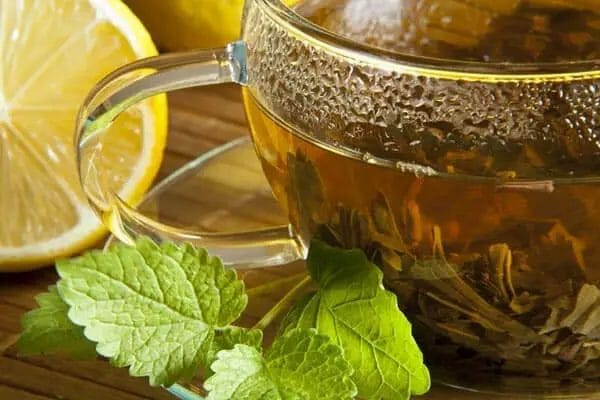 The following benefits of green tea aren’t necessarily going to make it easier for you to rest or improve the quality of your sleep.

Instead, what they will do is provide you with some peace of mind knowing that your habit of drinking green tea is improving your life in a number of ways.

First off, you’ll be glad to know that green tea provides benefits that can help combat certain diseases. Green tea is teeming with polyphenols, and those are prized for their ability to fight against cancer.

Regularly consuming cups of green tea will not grant you immunity from your cancer, but anything that increases your chances of avoiding that disease has to be considered a good thing.

Antioxidants are also abundant in green tea. You’ll love having those around because they are also essential in the fight against cancer.

Alzheimer’s and Parkinson’s are diseases capable of completely devastating the people they afflict. Their effects can be so severe that the affected individuals may no longer resemble their old selves mentally.

No one deserves to be affected by such a terrible ailment, and green tea can improve your chances of avoiding both of them as you age.

Compounds found in green tea are known to provide protection for the brain. By picking up the habit of drinking green tea earlier in life, you are effectively enhancing your brain and getting it better-prepared to handle potential issues that may pop up in the future.

Even diabetes is something green tea can help with. Previously conducted studies have indicated that green tea can work to effectively lower a person’s blood sugar level.

It’s hard to avoid food items that are filled with sugar these days, so at least drink up some green to mitigate the amount of sugar you are putting into your body.

Weight issues are problems that plague millions of people. Green tea helps with that too. You can lower your body fat percentage by drinking more green tea, though you will still need to follow a better diet and exercise regularly if you want the full effect.

As this article shows, green tea is a drink that can benefit you in so many ways. Minor issues such as bad breath or overeating can be remedied by a cup of green tea.

More serious illnesses such as cancer and diabetes can’t be completely negated by picking up the habit of drinking green tea regularly, but still, doing that will help.

On the flipside, there is almost no downside to drinking green tea. Before you sleep at night, make it a habit to sip some green tea before you doze off.

Making that minor change in your routine could end up paying huge dividends in the long run.