Traditional remedies for various kinds of conditions have existed since the early days of civilization.

Back then, the lack of technology-led man towards wanting to understand the interactions that different components of nature have with human bodies.

Through trial and error, early man was able to develop a number of remedies that showcased good results when trying to treat various kinds of conditions.

One prominent example of a traditional form of medicine is Ayurveda. The ancient remedies of Ayurveda first started emerging in ancient India and gained more prominence in the Indus Valley and Harappan Civilizations.

People during that time took to studying and understanding the various remedies that currently exist and began to perpetuate these practices with the hope of curing those who have been diagnosed with common conditions and disorders.

Even though today the Ayurvedic industry may seem like a small sector of medicine when compared to the net worth of big pharmaceutical industries, there is no doubt about the effectiveness of the remedies that this field offers. This plant is often considered to be the backbone of this form of ancient medicine and is something that has been widely used since this form of medicine started seeing prominence.

According to Healthline, The health benefits that this plant provides are enormous, which is also why it forms such a large component of this kind of treatment.

Ashwagandha belongs to the family of nightshades, which is similar to vegetables and fruits like potato and tomato.

The plant that bears the Ashwagandha looks like a small shrub that has reddish-orange leaves and bears red fruit.

This fruit is no bigger than a plum and needs to be harvested at the right time to get the best medicinal properties out of this.

Typically, Ashwagandha can only be grown in dry and warmer regions, which is why it saw prominence in Asia and the Middle East.

Today, however, Ashwagandha can be grown in almost any part of the world provided that the plant is grown in temperature and moisture controlled environments.

Just like any other kind of medicine, the time that you take Ashwagandha is incredibly important.

There are two main times of the day when Ashwagandha has the most effect on the body. This is in the morning, and at night before you go to bed.

Taking Ashwagandha In The Morning

Indian Ayurvedic treatments have always prescribed Ashwagandha to be taken first thing in the morning when one wakes up.

This is because the body is able to process the Ashwagandha the best at this time, enabling the person to experience its maximum benefits.

One of the main reasons why Ashwagandha is best taken in the morning is because of its impact on oneâ€™s overall energy levels. For those who need a quick start to their day, taking

Ashwagandha is one of the best ways to do so. It can also serve as a good alternative to coffee which can sometimes have hindering effects on the body when taken in excess.

Ashwagandha, however, improves the metabolic rate of the body and helps the person stay more alert and active.

Because of this, taking Ashwagandha at the beginning of your day can ensure that you are more productive and energetic enough to do all that you need to do.

Ashwagandha is also considered to be great for those who work out and want to improve their energy levels.

Because of the impact that Ashwagandha has on the muscles and overall energy, a person taking this is able to have a more impactful workout.

Overall, this is something that can, in turn, improve your bodyâ€™s overall health, leading to a fitter lifestyle.

The second time of the day, or night rather, when Ashwagandha ideally is taken is just before one head to bed.

As mentioned earlier, Ashwagandha is a medicinal herb that is given to patients who are experiencing insomnia and other related disorders and can help you sleep better.

Because of this, taking Ashwagandha just before bed is incredibly beneficial. For those who also have trouble getting a good nightâ€™s rest because they are easily woken up by surrounding disturbances, Ashwagandha is something that can help with that.

This effect of Ashwagandha mainly happens because of its interaction with a component in the body known as cortisol.

The body normally produces cortisol before it gets ready to sleep, which in higher levels can lead to insomnia.

Ashwagandha tries to curb the amount of cortisol that the body produces, thereby making it easier to fall into a deep sleep.

How To Take Ashwagandha

There are several more benefits that Ashwagandha offers, which is why this is considered to be one of the best ingredients that one can incorporate into theirs.

While the time of the day that you take Ashwagandha is incredibly important, it is also important to use it in the right manner and in the right kind of recipes that would compliment the ingredient.

There are several YouTube videos and guides like this one by Christine Bullock that show viewers different ways in which they can incorporate Ashwagandha and other natural remedies into the kind of meals that they have.

It is important to note that different recipes work well for different kinds of treatments, and finding the right recipe for your needs is incredibly easy.

Because of how widely this plant is used in Ayurvedic medicine, there are a number of applications that Ashwagandha can help with.

One of the first things that Ashwagandha can help with is the curtailment of stress. According to the ancient Vedic texts that Ayurveda is dependent on, there is a connection that this form of medicine establishes with the body and the mind.

This perpetuates the concept that someone who is stressed or under any kind of mental burden would then see an effect on their overall health and body.

Because of this, Ashwagandha is always used first as a way to ease the mind and relieve stress and then proceed onto helping with the other remedies that are needed. Another core aspect of Ayurveda involves the alignment of the chakras that control the efficiency and health of oneâ€™s body.

When one of these chakras is not aligned properly, the body then undergoes a number of changes that result in a number of problems. One of the effects that dawns out of this misalignment is reduced energy levels.

There are also several other contributing factors that can lead to reduced energy levels, and Ashwagandha tries to improve the levels that one experiences.

According to Ayurveda, improving the energy levels is something that can greatly contribute towards helping the body fight off infections, and maintain its proper functioning.

Ayurvedic treatments have always been considered to be far ahead of their time, and even before western medicine was developing remedies for attention disorders, Ayurveda already had Ashwagandha as treatment options available to people diagnosed with these.

Ashwagandha is known to be a plant that can contribute towards better attention, and can improve oneâ€™s overall concentration.

In Indian households, it was considered a norm to give Ashwagandha to children in schools to improve their performance and help them study better.

Today, this application goes far beyond, which is why Ashwagandha is considered to be a vital ingredient in the treatment of ADHD and similar disorders.

According to the Natural Medicine Journal, A study conducted by Dr. Robin DiPasquale showcased the impact that Ashwagandha can have on concentration and memory retention. 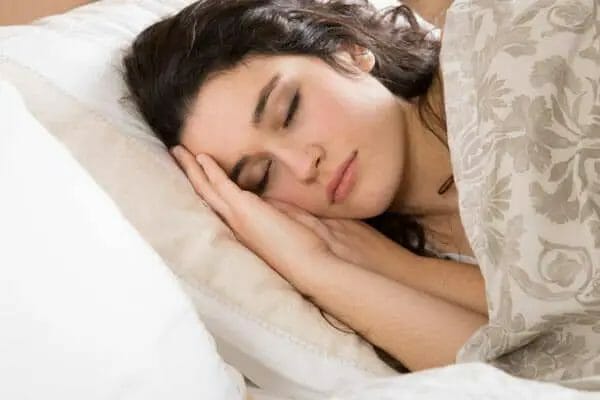 Sleep is one of the essential things that the body needs to stay healthy and fit. If a person doesn’t get the right amount of sleep, their body is more likely to undergo a number of problems as a result of it.

Because of this, getting the right amount of sleep is essential for the body for several prominent reasons.

However, there are always going to be moments when the body is unable to get the right amount of sleep that it needs, and Ashwagandha is something that can help immensely when it comes to this.

One of the core uses of Ashwagandha was in the treatment of insomnia and sleep disorders, and taking Ashwagandha on a regular basis is something that can promote good health and proper sleep.

Dr. Weil, a prominent medical professional, further elaborated on the impact that Ashwagandha has on the body, and why it is essential for sleep.

Because of the immensely positive effects that Ashwagandha has on the body, it is incredibly useful to those who fall sick on a regular basis and who want to strengthen their immune system.

Because Ashwagandha tends to have a number of positive properties, it enables the body to fight off infections in a much easier manner and enables it to perform all its processes with absolute ease.

This is also one of the reasons why taking Ashwagandha on a regular basis can help improve your health and fitness as a whole.

One of the reasons why Ashwagandha is prescribed to people who are in the above forty age bracket is because of its interaction with cholesterol.

Ashwagandha is considered to be great for those who want to take care of their heart health and want to take measures to reduce the occurrence of problems as a result of cholesterol.

According to the US National Library of Medicine, There have been several studies that have been conducted that showcase the effect that Ashwagandha has on the body and the impact that it has in relation to cholesterol.

When Should You Not Take Ashwagandha

Even though Ashwagandha mainly provides a wide range of benefits, just like any other ingredient, it does have those instances in which this should not be taken.

An article published on Livestrong further explains the impact that Ashwagandha can have on the body.

One of the instances where Ashwagandha should not be taken is during pregnancy.

Ashwagandha was known for being a plant that can induce a miscarriage, which is why taking even a small amount of it is something that can affect the body and the child that a woman is carrying. 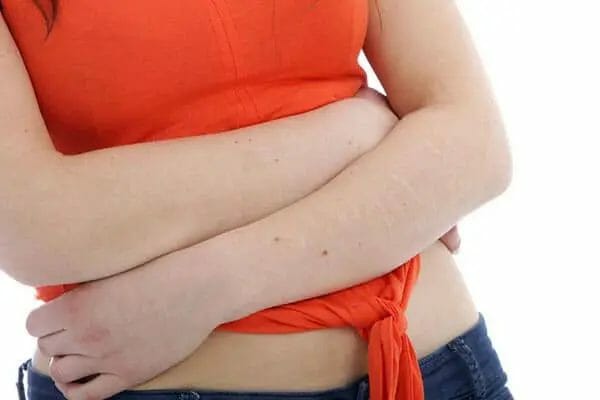 The second instance wherein a person should ideally stay away from Ashwagandha is when they have been diagnosed with some kind of stomach ulcers.

Stomach ulcers usually lead to a certain amount of irritation in the stomach, which is only aggravated with the use of Ashwagandha.

Individuals who have been diagnosed with any kind of autoimmune disorder should stay away from Ashwagandha because of the interactions that it can have with the body.

While there is very little evidence to support this claim, it is something that can be done to prevent side effects from occurring, which can lead to further complications.

Because of the impact that Ashwagandha and other Ayurvedic treatments can have on the body, taking this just before or soon after surgery can lead to further complications.

However, once the patient has recovered, they can go back to taking a regular dose of Ashwagandha to improve their immune system.

There is no doubt that Ashwagandha is an incredibly beneficial component that is used in Ayurvedic treatments and is something that anyone looking to go in for natural remedies to treat common conditions should choose. 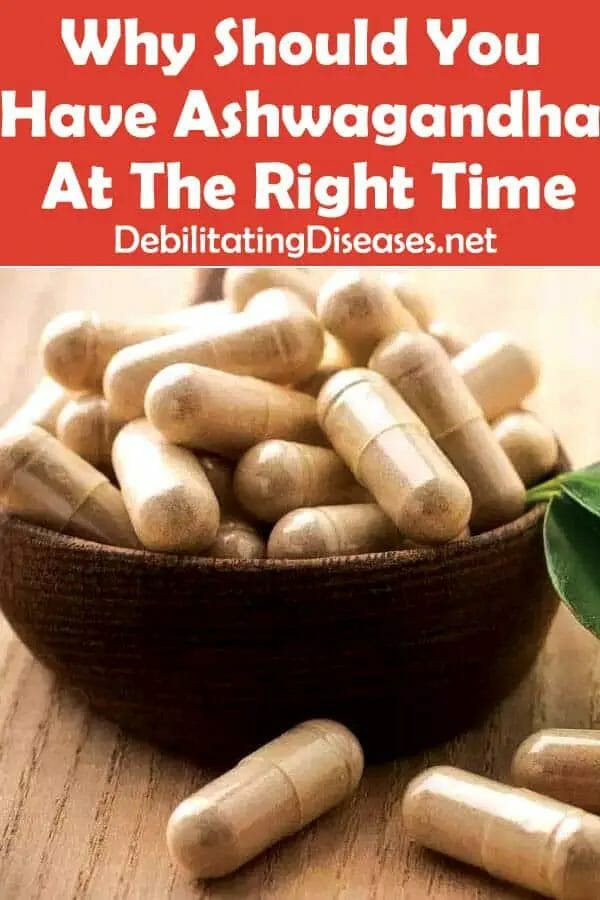